A new species of Resedaceae reported from Xishuangbanna

The genus Stixis, in the Resedaceae family, consists of 9 species and 1 subspecies of woody vines (or clambering shrubs) endemic to the Southeast Asia. To date, China has recorded three species of the genus, and all these three species were reported in Yunnan province.

The researchers named the new species as Stixis villiflora to refer to its hairy flowers and got it published in Taiwania.

Stixis villiflora is morphologically similar to Stixis villiflora, S. philippinensis, S.uaveolens, S. ovatasubsp. fasciculata and S. scandens. But it can be distinguished from them by both surfaces pubescent and full of pustules on both sides, and its gynophores and ovary are with densely green-yellow hairs.

Stixis villiflora is currently known only from Guanlei in Xishuangbanna and only one population found growing in dense forests at about 1300 m high elevation. Within the single population, only 15 individual plants were observed.

Based on the limited population size and restricted distribution of Stixis villiflora, the researchers proposed that the new species should be assessed as Critically Endangered according to the IUCN standard. 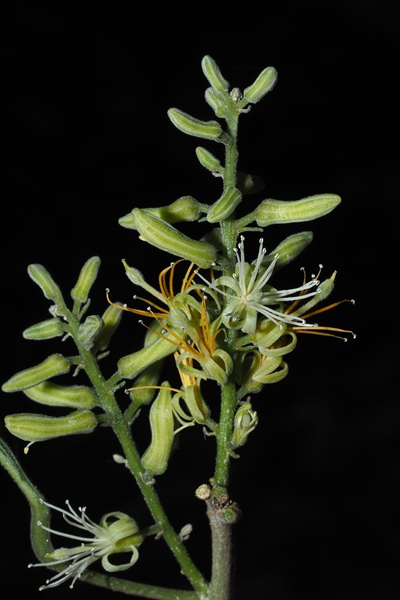